Azizur Rahman, returned from Greece in early 2021. The 41-year-old now lives with his family in Kodlapara village of Monirampur Upazila in Jashore district.

When Azizur was in his twenties his father was the only breadwinner in the family of seven. To support his family Azizur was forced to abandon his studies and begin working as a construction worker.

As time went on, Azizur himself got married and had two sons. He struggled to support his family on his low income. He was desperate to earn more and saw migration as a way to do this. He engaged a middleman to help him migrate to Greece. The middleman charged BDT 4,500,000 (EUR 45,802) to provide migration services. Azizur sold a few productive assets, including a sewing machine, two cows, and a portion of his land, he had to
pay the migration cost.

In May 2018 Azizur started his journey from Hazrat Shahjalal International Airport. He first arrives in Istanbul, Turkey, where he was met by a gang who detained him and demanded money for his release. Unable to provide money, Azizur persuaded the gang members to allow him to work to pay off his ‘ransom’. The leader of the gang arranged work for him at a clothing factory. It took Azizur more than a year to pay the initial sum demanded. The gang then demanded an additional BDT 2,400,000 (EUR 24,428) to arrange his onward migration to Greece. Azizur had to work in Greece for an additional year to recover this cost.

After handing over the money to the gang, he started his journey to Greece by road. He traveled by car, minibus, speedboat, and even by foot. He reached Greece with no legal documents and was immediately arrested and sentenced to six months in prison. After he finished serving his sentence, he could finally return to Bangladesh in January 2021. He did so with the help of the International Organization for Migration (IOM). 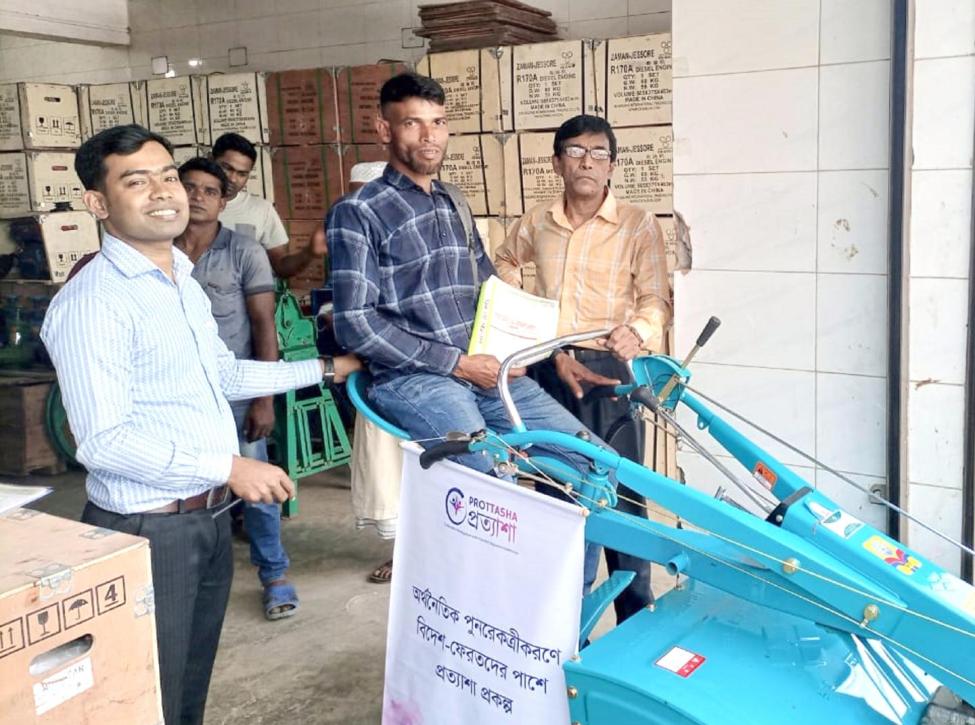 Azizur Rahman received the tractor as part of his reintegration plan.

After returning, he began working as a construction worker, but his earnings were still not sufficient to support his family. The most he could make in a month was BDT 8,000-9,000 (EUR 82-92), so he started searching for another way to earn money.

At that time, a Community Mobilizer from the Prottasha project identified Azizur as a potential beneficiary. The mobilizer told Azizur about the type of support available through the project.

Staff from the Reintegration Service Center (RSC) in Khulna arranged a meeting with Azizur to review his profile and develop a tailored reintegration plan. After finalizing the plan, he was provided with psychosocial counselling. Through the three sessions of counseling he received, Azizur Rahman's mental health improved significantly.

Azizur wanted to buy a tractor in order the improve his economic capacity. As part of his reintegration plan, the project provided him with BDT 100,400 (EUR 1,028) to buy the tractor.

With new hope, Azizur has started using as well as lending his tractor for the cultivation of agricultural lands. With support from the Prottasha project, he now earns BDT 15,000–20,000 (EUR 153-204) per month in addition to the construction work. RSC Khulna staff regularly check in and follow up with Azizur Rahman, and he has recently received entrepreneurship training through the RSC. Additionally, during the COVID-19 lockdowns he received cash assistance of BDT 5,000 (EUR 51). 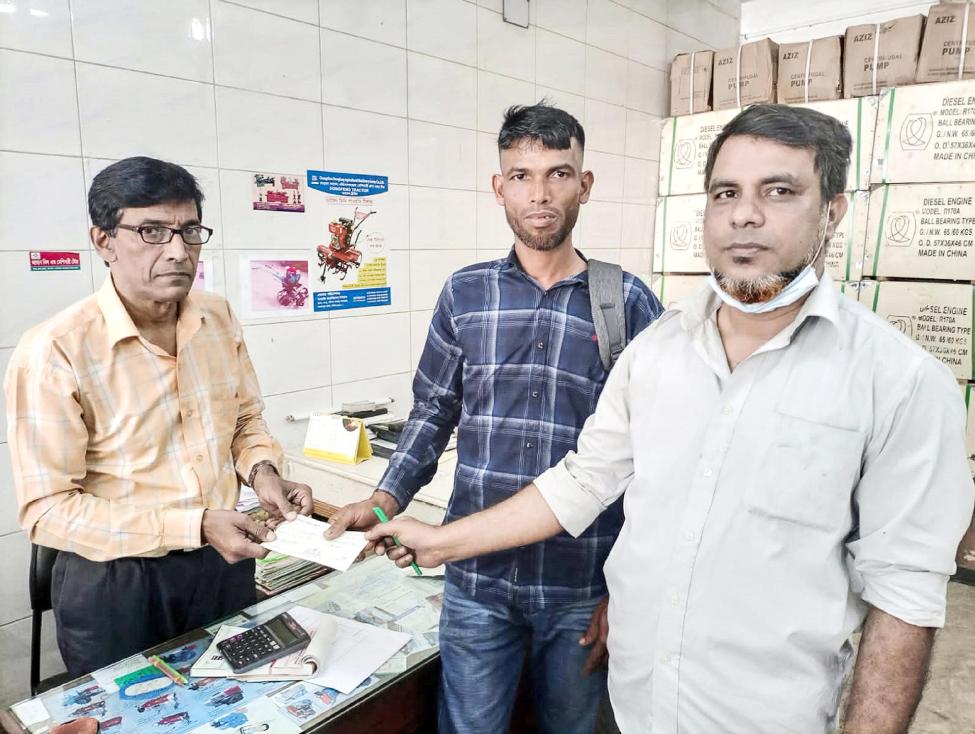 "It was beyond my imagination that I would receive such great help" he said. "The in-kind assistance, counselling support and training have all been vital to me rebuilding my life. I am very grateful to the Prottasha project."

Volunteers Gaining Skills to Save Lives